So A Recession Is Coming: Why Business Leaders Should Play Offense 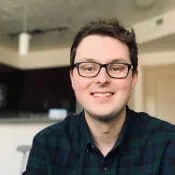 In response to an economic downturn, most businesses operate by the same playbook. Cut costs, scrap projects, freeze hiring, and lay off employees - all of these are strategies to weather the storm.

Companies are taking these steps already over the concern of a looming recession. Perhaps after over hiring amid unprecedented success, the tech sector is seeing the largest correction with over 70,000 layoffs at 527 companies so far in 2022.

We surveyed hundreds of business leaders across industries this week to confirm whether this is happening outside of tech, too. We found that companies are overwhelmingly playing defense.

Is defense the right play? It turns out that history has repeatedly favored bold moves amid economic volatility.

Here’s why business leaders should include more offense in their gameplan.

‍Let’s look at past recessions.

In 2010, Analysts at Harvard Business Review studied the strategy selection of 4,700 public companies across three past global recessions. The goal: determine the best strategies for surviving and outperforming competitors during an economic downturn.

How did the top performers do it? The HBR business analysts concluded that the strongest strategies leveraged bold bets.

Companies that were fast to play defense – i.e. through cutting costs – were far less likely to outperform their competitors post-recession, according to the study. By contrast, companies that invested more than their competitors had a higher likelihood of enjoying post-recession success, and the best-performing companies were ones that balanced the right mix of offense and defense.

The HBR analysts argue that the right balance prioritizes operational efficiency. Not too much cost reduction, not too heavy of investment.

“Companies that rely solely on cutting the workforce have only an 11% probability of achieving breakaway performance after a downturn,” the study reports. They often fail to relaunch because rehiring costs are too high, morale is difficult to replenish, and recruits are hesitant to join a company that turns to layoffs during tough times.

On the other hand, the best performers post-recession were ones that cut costs by finding operational inefficiencies. Once the recession was over, those cost savings stayed.

The best performers also placed smart offensive bets. For example, the study highlighted Target as a company that increased spending in the marketing and sales departments but uncovered and squashed inefficiencies in its supply chain in the 2000 recession.

The result: Target’s sales grew 40% and profits grew 50% during the recession.

Strategy 2: Going all in on offense

The analysts found that companies that invested heavily in infrastructure, talent, customer acquisition, and innovation saw comparatively better performance after the recession than companies that didn’t. And it wasn’t close.

“Recessions are fertile ground for creative destruction and catapulting new winners,” the analysts analyze. “It’s an ideal time to deploy new technologies, whose deployment during a boom phase would slow down the firm’s profit engine.”

One example of a company capitalizing on the market downturn is Samsung. When the economy spiraled out of control in 2008, the company made headlines for heavy investment.

It worked. The company’s revenue grew by hundreds of billions of dollars in the period between 2009 and 2018.

Navigating uncertainty is our speciality. With next-gen outsourcing powered by automation, we unlock an offensive playbook for companies that want to win both during and after the looming recession.

Here’s what that looks like for you: we create operational efficiency for your organization by operating, refining, and scaling, business processes that you should be growing, not cutting, when times get tough.

For example, we helped the largest players in food delivery capitalize on the economic downturn caused by COVID-19 by helping them onboard hundreds of thousands of restaurants to their platforms - relatively overnight. Learn how here.

Once we take on your time-consuming and costly business processes, we continuously improve them to make them more efficient over time by driving down operational costs. That’s when you start playing offense - turn your cost savings into executing an aggressive business strategy that helps your company not only survive the recession but turn into a post-recession powerhouse.